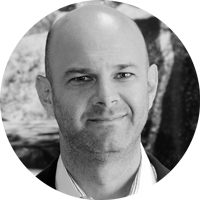 Ashley Herman is the Vice President and owner of Freshway Development, an investment company that targets the construction, environmental and real estate sectors.

Ashley attended Queen’s University in Kingston, Ontario where he studied Engineering Chemistry, environmental option.  He graduated with honours in 1996 after completing an undergraduate thesis on the Bioremediation of Chlorinated Aromatic compounds.

After receiving his education, Ashley joined the company his parents had recently started, Green Soils.  Green Soils was the first bioremediation processing facility in Ontario.  Over the following years, as a family the Hermans, would open various other companies mostly related to the environmental industry.  In 1998, they started Megacity Recycling, opening an 85,000 square foot facility which recycled construction and demolition waste.  Around the same time, they started Classic Power, which continues to operate a methane-to-electricity generation plant on Waste Management’s closed landfill in Aurora.

Throughout the years, Green Soils remained the focal point of the Herman’s empire and Ashley was promoted to President of the company after spearheading a successful multi-organization bid for the contract to operate a soil treatment facility for Waterfront Toronto.  This success brought the company new found publicity which culminated in an offer to acquire the company from Green For Life, a 2 Billion Dollar environmental conglomerate.  Green Soils was sold in 2014 and Ashley became a Vice-President of operations for GFL reporting directly to the president.

A year later, Ashley decided that he preferred working with his family and left GFL to help form Freshway Development.  He is also currently President of Titanium Soil Services a hydrovac waste processing facility located in the same facility as Freshway Development’s head office at 550 Bowes Rd, in Vaughan.  He also remains CEO of both Titanium Construction and Classic Power.  Ashley also sits on the board of directors for Clean Water Works (Ottawa) and D.M. Robichaud (Oshawa); two companies specializing in sewer repair work.

When not working Ashley enjoys spending time with his family, downhill skiing and is an avid cyclist.