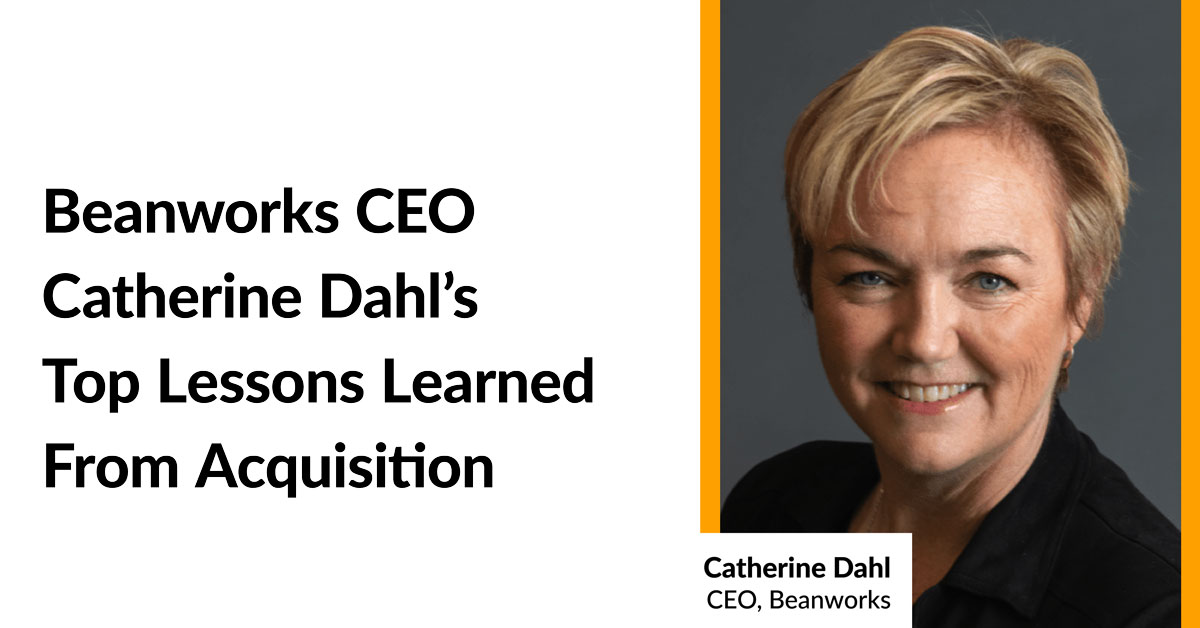 Sometimes the opportunity to make a deal comes when least expected. Catherine Dahl, CEO of Vancouver-based Beanworks, was in a growth – not an M&A – mindset when she was approached about her company potentially being acquired.

In the months that followed, Catherine learned many valuable lessons that she shares in this interview, including:

For any entrepreneur, Catherine’s insights are a good reminder of the value of “always be ready” because you never know when opportunity will knock.

When Catherine Dahl, CEO of Vancouver-based Beanworks, received a message from a consultant saying their client was interested in acquiring her company, she wasn’t in an M&A mindset. It was the March of 2020, and just over a year before, Dahl drafted the company’s three-year plan to keep doubling their growth.

“We've already had a growth rate in 2019 over 100% and we had over 100% the year before, so...let's just keep doubling and doubling,” says Dahl. “We had all of our metrics cascading down from that concept.”

Exactly 12 months after that M&A consultant reached out, Beanworks announced that 96% of the company was acquired by Quadient, a France-based company that provides mailing equipment, business process automation and customer experience management, for $105 million. This was a strategic acquisition for Quadient. By December of 2025, the majority of Europe will have to send and receive their business invoices paperlessly — by acquiring Beanworks, which provides an end to end accounts payable automation software with AI-powered data capture processes, for invoices and vendor payments, Quadient could deploy Beanworks’ solution immediately versus building it themselves from the ground up.

Dahl will continue to lead the business, which will also serve customers outside of Quadient. “We're retaining the head office for Beanworks in Vancouver, but we’ll leverage Quadient’s network; they have over 500,000 customers,” says Dahl. “They’ve got a lot of customers even in North America we can immediately sell into, as well as a large sales team and R&D team.”

We spoke to Dahl about what she learned about the M&A process, how she built the business, and how founders can realistically reach their goals.

Fill out this form and reference BTF for your chance to win a free ticket to BTF Vancouver on November 24th!

To get to this point of the business, Dahl learned a lot of lessons about scaling with intention. She recommends a book, Scaling Up, to all founders. An investor of hers introduced her to the book  but she was able to implement it with help from the programs she participated through AcetechBC. She also recommends reading Michael Porter’s Five Forces strategy to evaluate the competitiveness of a company’s business environment

In the early years of the company, Dahl says, they consistently overestimated how far they could go and fell short of these goals. Reading these books helped her focus the company vision to a one-page strategic plan and start to measure what matters and eventually came to be the KPIs that drive Beanworks’ success.

“I want to see the company get to a certain revenue mark before I know that the ship will sail on after me, forever.”

“We were usually hitting 80% of the goal, and then as we got better at managing the numbers,  we’d get up to 90% of the goal — now this year, we're 8% over the plan for the first quarter of 2021 and we expect to continue that throughout the year,” she says. “We're finally honing in on our KPI skills and muscles so that we know what to measure at the right frequency.”

Dahl advises founders to understand the most valuable leading indicator of business activities to get the results they want. She gives the example of a startup that typically measures only MRR as success. “That's a lagging indicator that something went right, so what are the leading indicators?” she says. “Well, one of them is marketing qualified leads. And then conversion from marketing qualified leads into a sales accepted lead, followed by the conversion rate from a sales accepted lead into a customer, and then rolling that customer live, billing them and then collecting the cash. Those are all points in the key process flow we track weekly.”

By monitoring these regularly, Dahl says they can quickly pivot marketing and sales strategies if something isn’t working. Six data points makes a trend, the trick is to have the shortest timeline between those points as possible, daily, weekly or monthly.

Dahl learned how complex the process of closing a deal can be after the deal was already negotiated. She said the acquisition was supposed to be an “all cash, no conditions” deal, and they discounted their price based on that fact. As they moved towards the end of due diligence, things changed — not uncommonly. The new owners needed a solid commitment that our growth plan would be executable, which seemed reasonable in the end. That meant finding a way to ensure Dahl and her Chief Revenue Office stayed.

“So a portion of our proceeds would have to be earned out,” says Dahl.

She said it was a tough pill to swallow. “By then you've already gone through the whole acquisition process, you're excited about it, your investors are happy, they're going to get a great return, and our employees are stakeholders, so everybody's gonna get money,” says Dahl.  “Then at the very, very end of the process, it could all fall apart if we didn't agree to something that we thought you would not have to do.” These types of situations and deal components are not uncommon or unusual.

Overall, startups should always be ready for acquisition even if they aren’t expecting it and ensuring all of their data is complete.

Quadient and Beanworks ended up working on an earn out and “great” incentive package to support Dahl and her CRO staying on the team for another three years. “I want to see the company get to a certain revenue mark before I know that the ship will sail on after me, forever,” Dahl says. “To me, it’s the $50 million to to $100 million ARR zone. And that's where we should be at the end of the third-year mark, and then I’ll know that I'm less critical in the business and it will just continue on.

Ensure your data is up to date

Overall, startups should always be ready for acquisition even if they aren’t expecting it and ensuring all of their data is complete.

A data room for acquisition is different from a data room for raising capital, and extremely comprehensive; in their case, it included 10 years of history, including every contract with every individual or company they’ve ever worked with. In one instance, Dahl realized that an advisor she had given options to years earlier didn’t make it onto her cap table even though she thought he had. She had gone through due diligence in previous funding rounds. This meant he had not been accounted for in the rounds.

“Even though we tracked options, we were lackadaisical about it in the early days,” says Dahl. “We granted them as needed but only approved them in a lump sum once a year. We also did not track what we issued thoroughly enough, as we missed one set. But we should have been more methodical from the beginning.”

Despite the challenges, Beanworks has been able to tap into their massive market and carve a space. The company has seen 70% year-over-year revenue growth in 2020, and it expects to reach approximately $10.4 million CAD (€7 million) in revenue by the end of 2021. 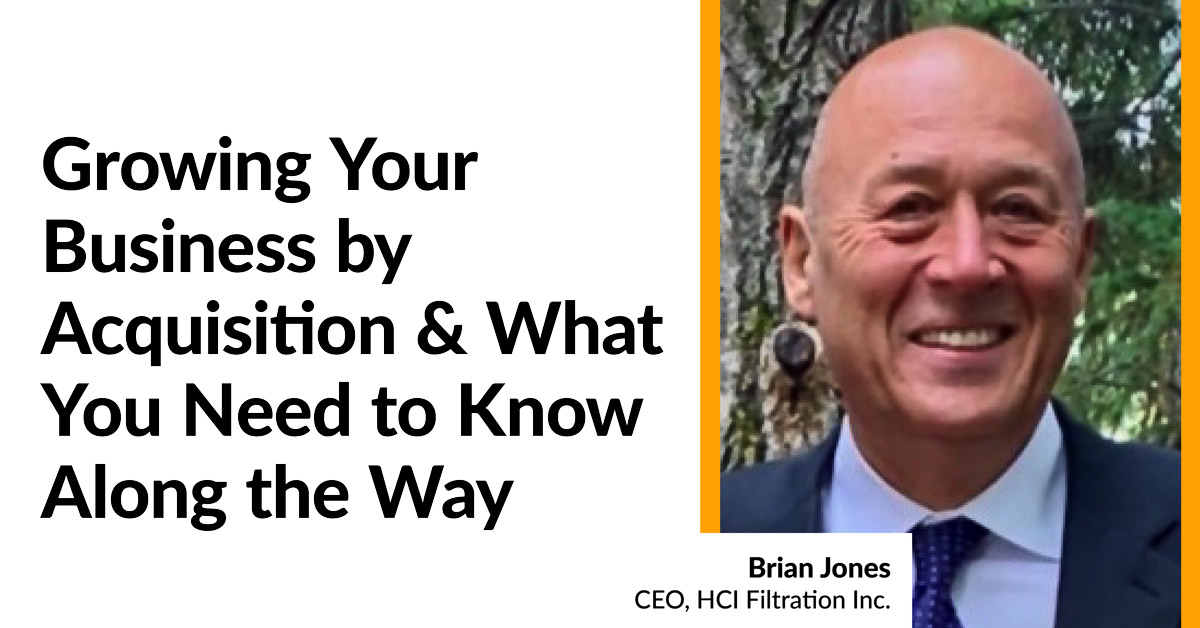 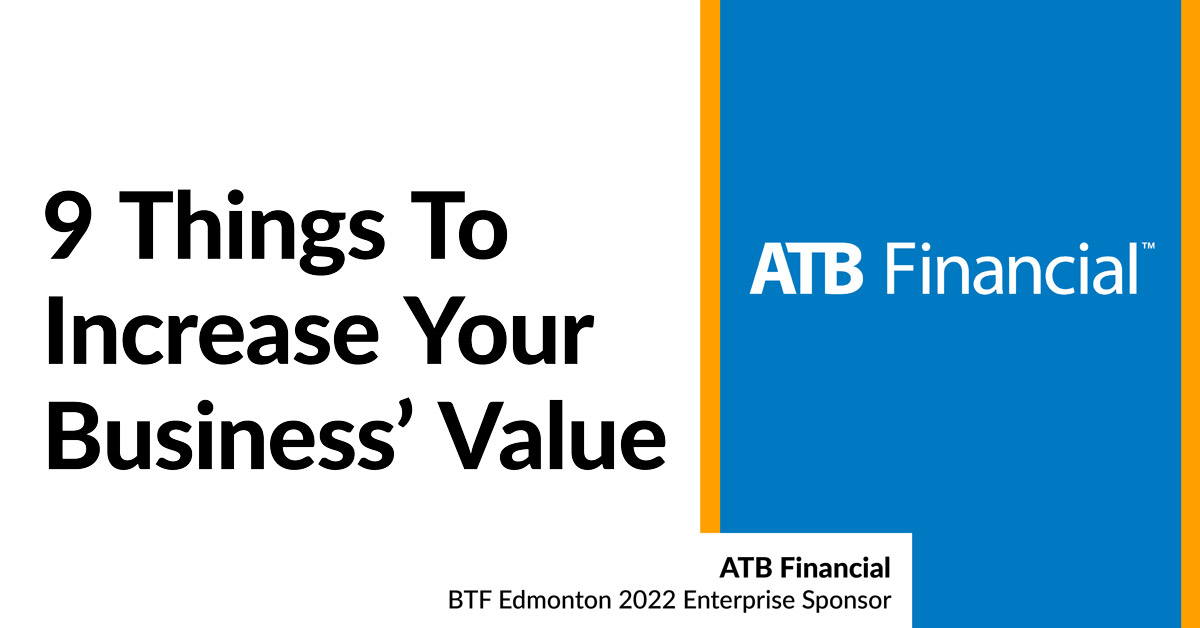 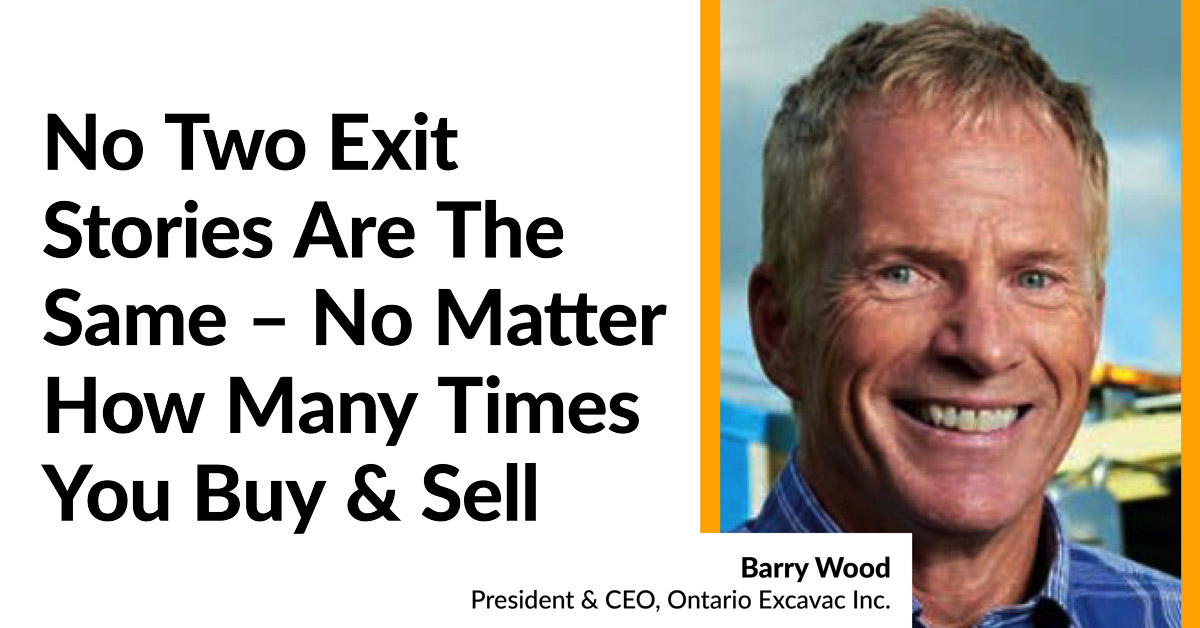 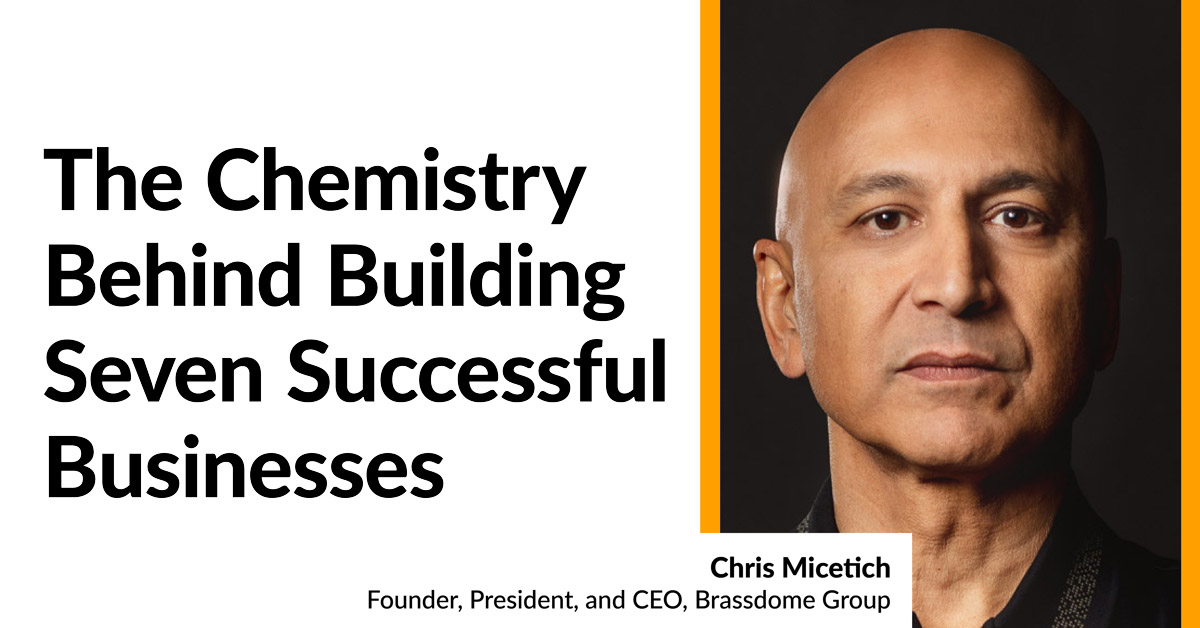 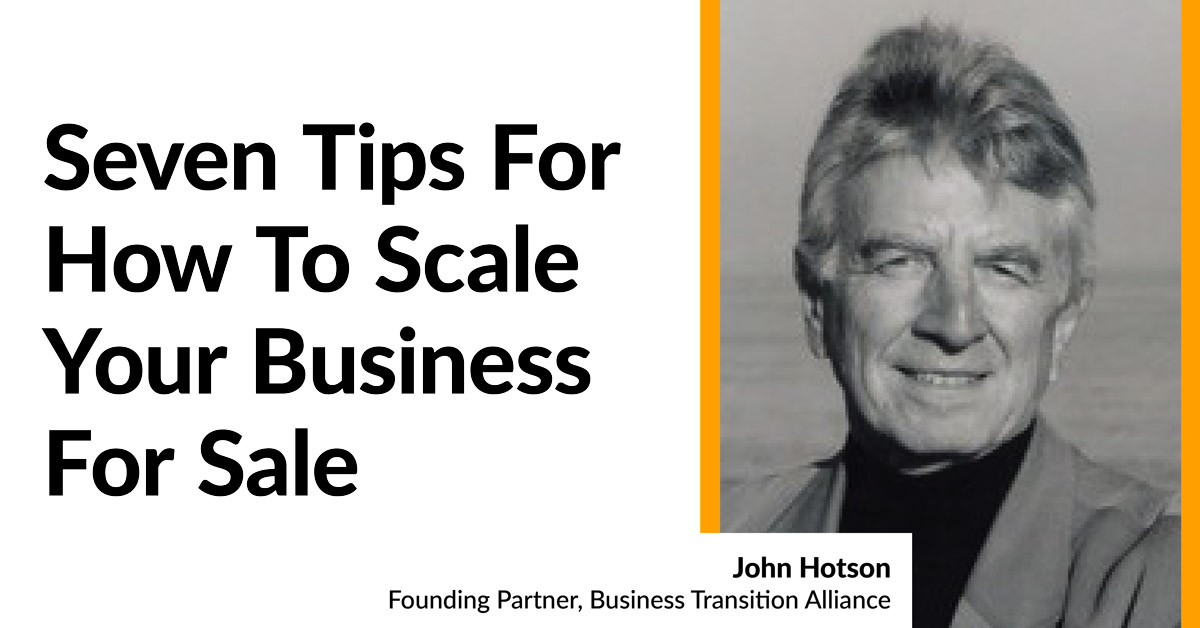